September has been fun. I’ve been able to branch out creatively and LOVE the colors the leaves have changed to.

Our September started in Northern California. This trip started in the end of August and ended in the beginning of September. Theres a whole blog post about it that I’ll link HERE. 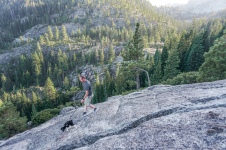 If you remember last month I helped to create a logo for my friend Alivia’s new lash/brow studio. I was able to spend an afternoon with her this month. She shaped my eyebrows with henna pigment, and they’ve never looked so good. Alivia and I also tried a new pizza place in Rexburg called Righteous Slice which was pretty yummy. 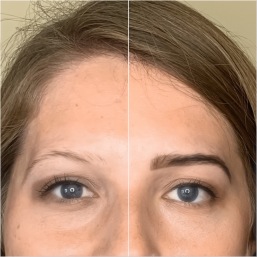 Our Stake ordered a bunch of produce by the caseload, so I bought a box of peaches. I spent a couple days cutting and flash freezing the peaches so that they can be put into my morning smoothies and yogurt. It was actually a fun project and and enjoyable alternative to canning. We actually also bought a deep freezer this month on FB marketplace, but we will keep it in storage until we find a more permanent residence.

In another creative endeavor I did a film trade with a local photographer. Katie Hulse took some headshots of me and I made a promo video for her (linked HERE). 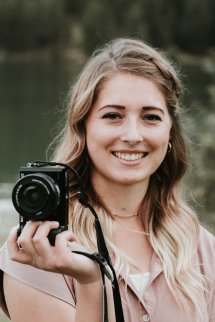 Sheldon and I were asked to speak in the local Spanish branch. It has been awhile since I have spoken in Spanish so it was a little nerve wracking, but I’m pretty happy with how it went. It felt good to participate. Since Sheldon has been learning Spanish I helped him to translate his testimony which he also shared in the meeting. It was an enjoyable experience, especially after being home from my mission for 4ish years.

As you know from the previous month’s post Koda has been going to puppy school. He has learned obedience and several tricks. Well this month Koda graduated! He did all of his tricks perfectly- we are such proud puppy parents! New Koda tricks we have taught him after the class include- high five, roll over, spin, and out. Something sad is that Koda actually ended up having a rare allergic reaction to his previous puppy shots. The poor little pup had to be shaved, sedated, and have a minor procedure at the vet- he also had medications to take and had to wear baby socks. BUT he is doing a lot better now!

It felt a little early, but in mid September the fall leaves in the area really started coming out. One Sunday we took a drive around to see the colors and take some pictures. Sheldon even got to fly his drone for a bit. 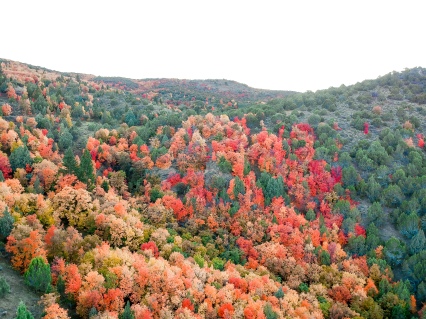 Something else I was able to do was participate in a stylized shoot. I’ve done this before as a vendor but this was my first one as a photographer. I was invited to make “wedding invitations” for @janelleandcophoto ‘s workshop in Island Park. I agreed to help out as long as I could come and film for my own content. It was something I was a little nervous about but I am ultimately excited to have participated. I’ll have a video of that coming to youtube soon and I’ll tag the other vendors involved in the description of that video.

In continuing to branch out with my photography I also took photos for my friend Tobie who teaches High Fitness. She and I have been attending a morning workout class together which I’ve really enjoyed.

Other noteworthy things from September: I helped run a RS activity with a local author and I volunteered to babysit, I baked pumpkin cookies and pumpkin waffles for FALL. I’m still doing no processed sugar except for an occasional weekend treat. (Would you be interested in a blog post about how I’ve been able to hold off sugar? comment below.)  I also made some more clay jewelry with Tobie, AND we also began house hunting.

Thanks for reading; cuddle up and stay warm! See you at the end of October.