Life has taken off from like a leisure 30 mph to like 200 mph. Haha. I am finally getting around to blogging about September because it is important to me to record my memories in this special place. Hang on, there was a lot to write about. Here we go:

As if we haven’t been to enough fairs over the summer… We decided to hit up one more. The Eastern Idaho State Fair is always a fun one, this year we went with Sheldon’s cousin Kelsey and her husband Scott. We mostly just wandered through the booths and walked around the exhibits. There are always SO MANY PEOPLE there. We didn’t buy any food there because we were saving our appetite for a nicer sit down dinner. We chose Fuji, which is a Japanese hibachi grill. We always enjoy that experience, though Kelsey wasn’t totally thrilled that the man tossed zucchini at her multiple times. It was a fun time though.

Early September we moved out of Grace. We packed up all of our things and loaded them into the bike trailer to haul up to Rexburg. I want to know how we already have so much stuff?! Every time that we move we have more to worry about, thankfully we were able to keep some of it in our in-law’s basement. It was a little sad to have to leave Grace, summer there is always so fun.

Right before we left Sheldon bought me an early Christmas gift- a Serger! I’ve been wanting one for awhile now and we found a nice one that was part of the “fair special”. I’m so excited, I got many different colors of thread and I’ve played around with it a little bit. I have signed up for a class to learn a little more about it, that goes for the next two weeks. I’m very excited, it should be really fun! #SewingNerd

We really didn’t have a whole lot of time to move in and get settled before the first day of school. We were so blessed to have so much help from friends and family to carry boxes and furniture up to the 3rd floor. We are back at University Courtyard, the same place we stayed last year. It is fun to be back in Rexburg where the environment is a little more fast paced and involved.

So this is our last year of college before we graduate! Woohoo! Our schedules are a little weird in that we have early morning classes and evening classes, but not a whole lot during the afternoon. Sheldon is most excited about his archery class this semester, he has already split an arrow which was a goal of his. Haha. He’s busy with other Ag Business classes such as marketing, GPS, and econ. This is the semester when I have to do my preschool teaching practicum, which takes up a majority of my time: writing lesson plans, preparing class set-up, and actually teaching 21 preschool age children. I also have a catering class which I’ve really enjoyed, we are basically just given different scenarios and we have to plan and make meals according to the challenge with our groups. We have already done a baby shower and a “blue apron” type meal. I really enjoy it. I also am taking a religion class from a teacher that I’ve enjoyed in the past. This is a very different type of semester for me though because I am working as the TA for the kitchen classes on top of doing my other classes. As the TA, I grade vocabulary, wash the kitchen rags, set out food for demos and just basically keep things clean and organized in the kitchens and pantry. Sometimes I also have to shop for the food they need. It has been a fun job for me actually. I get about 10 hours a week which isn’t bad, but I appreciate that it is giving me some great experience as I prepare to be an FCS teacher. (Weird to think that isn’t very far away now…) 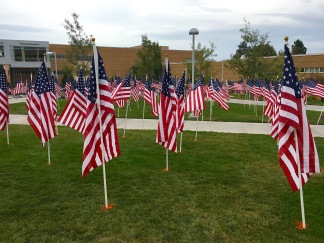 One of the first weekends back we went to the Hemming Village event called “Explore Rexburg”. There was a street full of different vendors from around town. They all gave out free stuff, samples, and coupons. We also ran into a bunch of people that we knew there- I guess that means we have been here too long. Haha. It was a fun little fall activity. I guess they also had a free potato bar, but we missed out on that.

One activity we really enjoy is going to the Nature Park to throw some discs. Frisbee Golf is a surprisingly big sport in Rexburg, many people will walk around with backpacks full of different discs. We don’t have that many, but we enjoy it as an excuse to get outside while it is still nice. 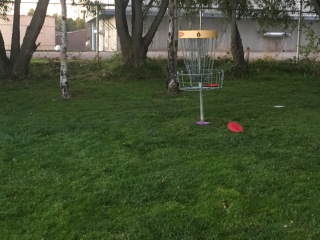 Something that was pretty cool was attending the Inauguration of the new president of BYUI, Henry J. Eyring. It was pretty special to see his father swear him in and bless the students and faculty of the school. SO many of the former presidents were there, which was also neat. We are really SO lucky to be going to school in such a great place where we can be taught by some really intelligent people, and also by the Spirit.

So it was totally not part of my plan, but there ended up being an extra ticket, so I joined Sheldon and his brother Nathan at the Muse and 30 Seconds to Mars concert. It was on a Wednesday night in Utah so after class we drove down for it. Thankfully it was so much warmer in Utah than in Idaho so we could enjoy an outdoor concert. Pvris was the opening act and I was impressed by their sound. I’ve liked 30 Seconds to Mars since like my sophomore year in high school, so I was pretty excited to hear them live. They totally played the three songs that I wanted to hear, so that made me really happy! Then Muse started to play, which is probably Sheldon’s favorite band. They were really good live. They seriously sound just like their recordings, but just enough different that you could tell they were playing it live. The sound quality was great and there were some awesome lighting effects with these collapsable screens. They played all of Sheldon’s favorite songs so it was a great night. It was tough to drive back to Rexburg so late at night, and even tougher to get up for class the next morning. But it was SO worth it! 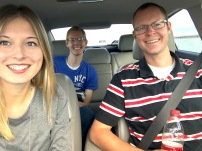 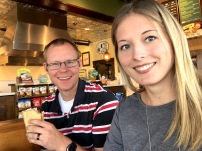 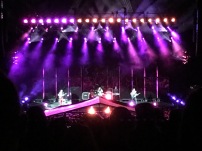 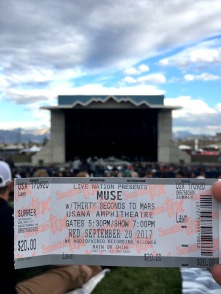 We planned a trip to Yellowstone with our friends Brandon and Hannah before it closed for the season. I love all the national parks, but Yellowstone is seriously something special. I wrote a full post about that day trip HERE. 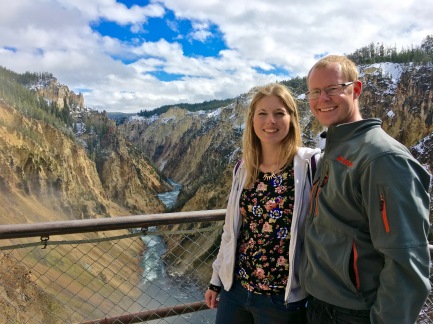 ALSO. I did something a little terrifying and a little awesome. I got lowlights to cover my grown out roots. I always get my hair done at Evans Hair School, they are always so nice there and do a great job. Plus it is way less expensive than going to a real salon to do it. So, I am totally brunette now with tiny blonde streaks. Haha. Its fun, but its going to take awhile for me to get used to seeing myself with dark hair. Before/ After photo: 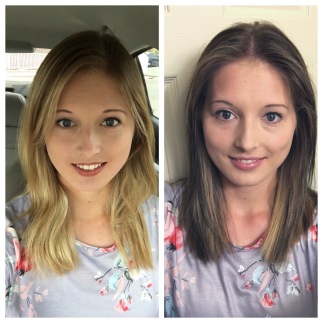 So our little Nephew Hudson has totally decided that Sheldon is his favorite. It is so adorable. He has called Sheldon on the phone a few times, and has decided that his little blue toy car is “Shulnun’s car”. Every time that we go visit them little Hudson says “uncle Shulnun” every chance he gets. It makes my heart melt a little bit, so cute. Haha 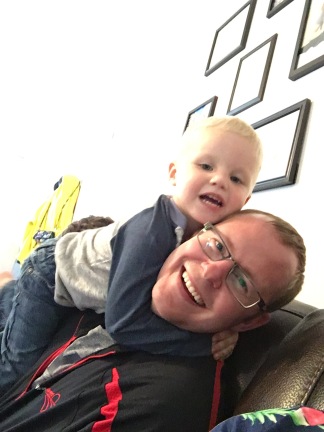 Other activities this month: I took on about 20 custom watercolor painting orders which kept me really busy in my free time- read about that HERE. We also made a ton of cookies, and have ran outside a little bit. One night we ate at Applebee’s with a gift card from my dad. Yum! We put together a “first time driver” gift/package for my sister because just got her driver’s license. We began decorating for fall with fun my DIY falling leaves see my post HERE. We also celebrated our little niece, Ella’s 1st birthday, read about the fun bows that I made for her HERE. We also got some delicious ice cream at Freddy’s, I like the chocolate brownie concrete. Ugh so rich. I probably forgot about other fun things we have done, September has just been so packed full. It has been a good month!

One thought on “Back to School, Concerts, and Fall Fun! (September ’17)”